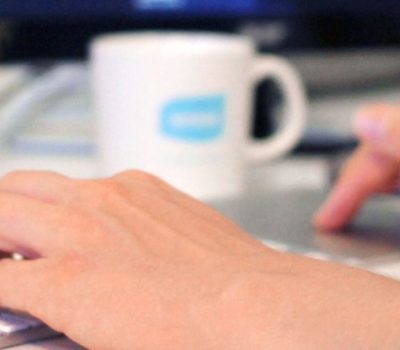 PHP 8.0 has been in the making for some time and brings a lot of exciting features. But because PHP 8.0 is a major version release, it also includes some backward incompatible changes. Because of this, a great deal of both manual and automated testing is needed in order to ensure the WordPress Core codebase is ready for PHP 8.0.

Why did Seravo volunteer to help in testing?

First, the developers at Seravo like to be ahead of the game when it comes to new technology and best practice. Simply put, we were going to experiment with PHP 8.0 before it was officially released. Why? Because we know our customers expect us to be able to implement it as soon as possible.

Secondly, we believe that Open Source software is important, and we contribute to projects regularly. Not only is WordPress open source, but so is PHP. By being an early adopter of new versions of existing, especially by testing release candidates and beta versions, it means we support the WordPress and PHP communities by detecting and helping to fix bugs. Currently, Seravo is the one of hosting companies that run the WordPress PHPUnit Test Suite on their servers. Seravo is the only hosting company that is running these tests on the PHP 8.0 version currently available.

Finally, because we can, and because we are curious. We want to get our hands on the new features before they come on public release. We want to benchmark the new release of PHP and see if it does bring performance benefits.

What Are Seravo Doing To Prepare For The PHP 8.0 Release?

As the release candidates are now available, the engineers at Seravo have already started to implement and test its compatibility with WordPress, but also our servers. Initial results have been pleasing. Over the next few weeks we will be releasing more information about the next release, including information on benchmarks, new features and our experience with it as well.

Currently we are testing the latest PHP 8.0 release candidate with the beta version of WordPress 5.6. By testing early, it allows us to smoothly implement PHP 8.0 on release. Additionally, this allows us to report bugs to the WordPress Core team and the PHP 8.0 development team, a responsibility that we take seriously at Seravo in line with our policy on supporting Open Source projects. For our customers, this also means that we can ensure that we have the skills, understanding and knowledge that other service providers do not have, prior to the release. Recently, we have also rolled out the PHP 8.0 release candidate to our servers, allowing developers to start testing their code against this new version.

What Impact Could PHP 8.0 Have On Your WordPress Website?

As we are sure you already know, our recommendation when making any major change to your website, is to test the changes before rolling them out to your production site. The same is true of upgrading to the latest PHP version, as many things can and will change. This is especially true with this PHP release cycle (between PHP 8.0 and PHP 7.4) that will cause major compatibility problems on the websites that run your code as previous functions are deprecated or subject to major changes in return output.

Although we are testing PHP 8.0 compatibility with WordPress Core and the most commonly used plugins and themes, ensuring that these are 100% compatible is the responsibility of the plugin / theme developer who maintains the code. Therefore, if you are a developer, you will want to ensure that your code is compatible with PHP 8.0, along with any dependencies or third party code that it is reliant on. To aid you with this, it is possible to use the wp-check-php-compatibility command-line tool, that can be used to check the compatibility of WordPress with different PHP versions. You can visit seravo.com/docs for the documentation on this tool. At the time of writing, WP-CLI is not currently compatible with the PHP 8.0 release candidate.

Hopefully, with the new release, some performance improvements and security updates should be realised for WordPress websites. This is one of the reasons that we are already benchmarking PHP 8.0 compared to previous versions, to assess the improvements that it can potentially bring to our customers.

So now that we are planning to test the new versions, we will be posting news and updates about our progress. We will also be keeping you up-to-date with the best way that you can prepare for the forthcoming updates. You can also sign up for our Developer Newsletter to get the most recent and up-to-date WordPress and Dev news directly into your inbox.

If you are not already a Seravo customer, why not find out more about more about our premium hosting and WordPress upkeep features?