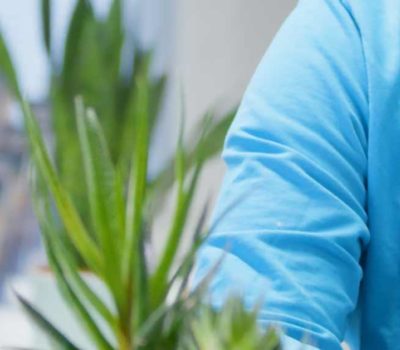 Here is a more in-depth look at what lies behind our servers’ speed, the reasons that make our service stand out, and make us genuinely premium.

Philosophy Behind the Speed

We’ve built our service from the ground up with the sole purpose of being able to provide the ultimate WordPress hosting experience.

From the tools and technologies to technical and support teams, we bring you the next level web hosting experience.

Within every layer, we’re very selective of the software we install on our servers and WordPress sites.

Being fast is vital for your site visitors, essential for your SEO ranking, and better for the environment.

To better understand who we are, we need to take a more in-depth look at where we are coming from. We have a strong background in Linux server administration, and we have been active players in the open-source community.

Several years ago, we realized that many of our clients were using WordPress as their content management system. We also noticed that they all had similar needs regarding hosting and upkeep. Instead of setting up unique server solutions for each client and website, we saw that a fully designed platform would benefit them all.

Power Under the Hood

We are always using the latest and greatest when it comes to speed and stability-enhancing software. But we’re also very selective at the same time.

MariaDB is often the most preferred database by developers. It is an open-source legend, founded by the same people who had brought MySQL into this world. Seravo has been an active participant in contributing to MariaDB code, and the history between the two goes even further. It is also worth mentioning that Seravo is using MariaDB as the database, and MariaDB Foundation itself is using Seravos servers to host their website with us.

The history between the two and the constant hand-in-hand partnership allows to bring the best of MariaDB and turn it into the experience that beats the competition. Read more about our 13 tips for a secure & efficient WordPress database.

Why sending visitors and their data further away than needed? We have data centers all over the world, in Finland, Sweden, Germany, USA, and Singapore, so you can choose which fits your situation best.

We’ve deployed our high-speed WordPress infrastructure around the world in top-tier data centers to provide you with a competitive advantage over others. Experience the lowest latencies and fastest speeds with the help of our globally available hosting.

Caching is a widespread and useful technique that can help serve requests up to ten times faster than without caching involved. The way it works is that the cache stores the answer to a query for a short time. If the same query is rerun, there’s no need to do any complex calculations or run any resource-intensive processes to get the answer – the cache returns the same response it stored when the query was previously run.

The valuable caches for WordPress users are the ones that affect the handling of files, such as PHP and image files, the database functionality, the operations of the built-in WordPress cache, and the caches between WordPress, the HTTP Server, and the browser. We’ve set up performance-optimizing caching functions for all these different layers of the cake called WordPress caching. These optimizations are in use by default but can be disabled by the customer as needed.

We handle all the necessary caching for your site directly on the server-level. That’s right, no need for any caching plugins here. Read more about how to make your site faster with caching.

WordPress itself has a built-in caching mechanism that developers can utilize by using the Transients API functions. An example use case of transients would be a list of ten most popular articles on a site. Fetching the list repeatedly on every page load for each visitor will be an extremely strenuous operation. With the help of transients, the result of the top ten list calculation can, for example, be cached for an hour, making the page load much faster and resulting in far less strain on the site.

Regular WordPress installations store transients in the database, where the calculated values are fetched when requested. However, we don’t use the database as storage for transients. We use a dedicated Redis cache instead to store the transients within RAM for an even faster and less straining serving experience when PHP processes request the data.

So we genuinely mean it when we say we’ve got you covered as far as caching goes. Redis in-memory storage service is available by default to all customers, not just for enterprise customers willing to fork out hundreds of extra dollars each month to pay for it.

When PHP 7.3 launched in December 2018, it was available to all of our customers straight away. Using the latest PHP versions can make a WordPress site run multiple times faster than with an older version, making it crucial to choose a host that supports the latest software versions as they become available.

PHP 7.4 is now also available to our customers.

When HTTP/2 was introduced, it revolutionized the way data is transferred over the internet when a visitor is browsing a website. We were early adopters of HTTP/2 and free SSL certificates to allow for HTTPS on all sites in 2016, and now that HTTP/3 is starting to come to life, we’ve got our sights firmly aimed at making it a reality to our customers.

Stay tuned for news about the new HTTP/3 standard, because we will be introducing it to all our customers as soon as it matures enough for general production use.

Hard drives are another standard piece of hardware that does built-in caching for improved performance. The disk cache, or disk buffer, is controlled by a microcontroller, and it stores data that can be accessed faster than reading it directly from the primary storage of the hard drive. This improvement in speed is especially noticeable with the more traditional HDD drives, but SSDs have a built-in cache. The performance difference between HDDs and SSDs in itself is significant enough so that despite the caching, an HDD can never outperform an SSD, let alone a newer PCIe SSD.

That is why we exclusively use SSDs and PCIe SSDs for significant performance improvements compared to traditional HDD drives.

Image optimization is a great way to reduce the size of each page load and make your site run faster. We’ve simplified this by providing a built-in image optimizer on our servers that can be set to run daily and also available through the command-line command wp-optimize-images.

It makes all sites run faster by scaling down the size, which is especially useful for those unnecessarily huge full-frame DSLR pictures. It compresses all images to minimize the file size. Read more about how you can optimize images for better loading times.

Google Analysis of fastest hosts shows that Seravo was better on average than the traditional industry leaders in the WordPress ecosystem.

Chrome UX dataset‘s time-to-first-byte measurements from real-world users show that the speed of sites managed by Seravo was on average better than that of the traditional industry leaders in the WordPress ecosystem.

Time to the First Byte

In the case of WordPress sites, this number also includes all the time spent by the WordPress code (PHP) and the database and filesystem until it can provide the HTML output it produces. TTFB is an excellent measure to estimate how fast WordPress itself is as it does not include things like CSS, JavaScript, and other asset loadings.

Seravo’s technology also makes it possible for sites to deal with sudden and significant increases in traffic without a bump in the site performance.

Seravo’s WordPress service has a unique server architecture that is based on server clusters. This way, multiple servers are capable of serving our customers’ sites simultaneously, and possible failure in one of them does not affect site performance.

This is also the reason why Seravo’s customers’ domains have multiple IP addresses. If a single server should break down, others will automatically take over so that the sites keep running smoothly.

Seravo’s technology also makes it possible for sites to get sudden and significant increases in traffic without a bump in the site performance. The traffic spike might consist of even millions of users without the site slowing down.

Traffic limitations for every package are defined in our pricing. We don’t, however, shut sites down or send additional invoices for extra traffic if there happens to be a traffic spike like many generic hosting providers do. Instead, we make sure that the sites continue running smoothly and can keep growing their visitor amounts.

We strive for our customers’ sites to work uninterrupted in every situation.

Data centers have high-performance air conditioning, burglary protection, around the clock access control, automatic fire alarm systems, and UPS-verified power supply, which prevents possible interruptions originating from the general power grid. Moreover, there are generators ensuring electricity even in situations of more extended power outages. All of the equipment is located behind locks to prevent access without permission.

Seravo also has servers outside of Finland. They are located in reliable data centers owned by trustworthy global operators with equal safety measures as the Finnish data centers.

Internet connections are distributed at least via two different IP-transit services to ensure reliability. Standardized gateway protocol BGP4-routing ensures that a defect in one operator’s connection doesn’t cause interruptions. To ensure our customers’ services work at all times to the best of their ability, we also monitor the load on the internet connection. There is always enough free capacity to make sure that everything works as it should even in unexpected situations.

Also, Seravo’s other services, like email and DNS servers, have been multiplied and distributed between various networks, data centers, and servers.

Own Hardware and Cloud Services

We provide our services by using both servers of our own and virtual servers from the best cloud service providers in the industry.

The majority of our capacity is based on our hardware. This is a conscious choice, and it allows us to do such optimizations in hardware and Linux kernel level that otherwise would not be possible. This is how we can produce one of the fastest WordPress services in the world.

A blog article went viral. On Reddit alone there was 155 000 shares. Seravo’s server didn’t seem to slow down at all despite the huge traffic spike.

Premium Hosting and Upkeep for WordPress

We take care of speed, security and updates. You can focus on building your business flexibly and safely.