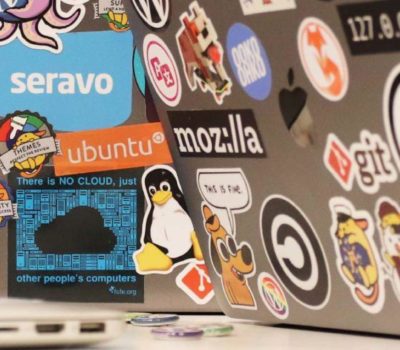 Seravo has a strong background in Linux and other open-source software. We are an active member of the open-source community, both in Finland and abroad, and have participated in developing various open-source projects.

We have been involved in

By choosing Seravo, our customers will also support the development and success of open source software.

We have also made financial contributions and provided volunteer services to support numerous open-source projects and events such as:

Moreover, we support a Finnish coding club for children, and Seravo’s Founder Otto Kekäläinen has been an active member in Fuugi’s Foundation which grants donations to Finnish open source and data projects each year.

Since 2014 Seravo has focused on building a premium hosting and upkeep platform for WordPress websites. As the most popular content management system in the world, WordPress is a great example of the evolution, development and business potential of open-source software.

We have taken part in the WordPress community by publishing our own WordPress plugins, translating the system and being actively involved in the local meetups and WordCamps.

We sponsored the WordPress Deployer service between 2017 and 2020 until it was deprecated in October 2020 by Github Actions that achieve the same.which is separate from the WP core but available for everyone.

In 2019 we were strongly involved in organizing the first-ever Nordic WordCamp in Helsinki that took place in early March. Seravo was a gold sponsor for the event, two members of our staff were in the organizing team volunteering and several others were participating in the event as a contribution to the community of WordPress.

We also attended and sponsored WordCamp Europe 2019 in Berlin during midsummer. The event was the single largest WordCamp ever held, with over 3000 tickets sold and more than 2700 attendees present during the event. We met tons of new people, contributed to the community during contributor day and all-in-all had an amazing time.

Help us develop our service!

Many components regarding our service are published and completely open for everyone. Our customers are welcome to participate in developing for example our WordPress project base, Seravo Plugin or Seravo’s developer documentation.

What is Open Source?

Open source means software that can be used, changed and distributed by anyone and for any purpose. Open source software is often developed in a collaborative manner by communities that consist of professionals.

Using open source is often more cost efficient than closed source alternatives – by choosing the open option one also avoids vendor locks. There are currently more than 200 000 software programs released as Free/Libre Open Source Software (FLOSS), WordPress being one of them. We help our clients utilise this platform.

Seravo’s Github account presents all the open software made and published by Seravo.

An important part of participating in the open source community is to help run events as an organizer, sponsor or speaker. Here is a partial list of events we’ve helped take place by providing contents by giving a presentation or funding by sponsorship: