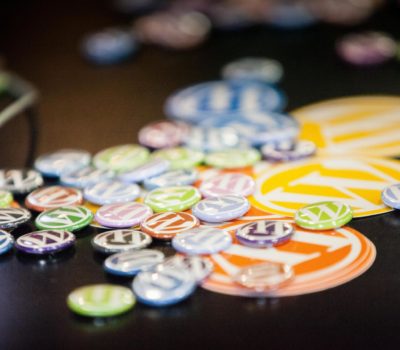 WordPress version 5.7 was published on 9th of March, 2021. As per usual the update receives its name from a jazz musician and was thus named after the jazz bassist Esperanza Spalding. The version includes many kinds of updates, aiming to make WordPress and Gutenberg v9.9 more integrated. jQuery receives a big update. The color palette has also been streamlined as well as HTTPS protection is made easier. Many improvements are coming right up!

With this update the Gutenberg editor receives more features and options for its blocks. Additionally, the user interface has been made more user-friendly.

New features include, but are not limited to:

The WordPress color palette has been replaced with seven core colors and a range of 56 shades, conforming to the recommended contrast ratio of Web Content Accessibility Guidelines, Level AA (WCAG 2.0). Clear, harmonious and legible content can now be created by combining these colors with black or white.

WordPress 5.7 can detect whether or not the website is using HTTPS. If not, HTTPS can be switched on with a click of a button. Users may look up the status in the Site health view.

The new version also includes a lazy load feature for iframes. Iframe content can now be loaded only upon browsing it, just like with images prior to this. Lazy load improves the website’s loading time.

jQuery on a whole new level

5.7 introduces a big update for jQuery, from version 1.12.4 right up to version 3.5.1. The update is significant in many aspects as the new version is required for implementing new features bringing moving elements to WordPress sites as well as for security imrpovements.

Additonally, the amount of jQuery messages in the console has been reduced. The remaining notifications have been edited to be less intrusive, as well as clearer and easier to understand.

Robots API and secrets of the search engines

Robots API is an interesting and handy tool for WordPress developers as it offers the opportunity to control and update the robots meta tag of a website. The robots meta tag makes it possible for developers to tell search engines how the WordPress site should be crawled and indexed with robots.txt. It also introduces the option to show bigger image previews in search results.

What does the update mean for Seravo’s customers?

In the near future, Seravo will update all websites using an earlier WordPress 5.x version into 5.7. A version update is not a security update however, and we won’t implement such updates in a rush. Websites using 4.x won’t be forced to update into 5.x yet.

To sum it up: when your site is hosted at Seravo, you don’t need to worry about this version update or any other updates. We’ll take care of it for you.

If you want to have a closer look at WordPress 5.7, we recommend reading about the update at WordPress.org. Attention, developers: you’ll get a more in-depth introduction by having a look at the WordPress Field Guide.