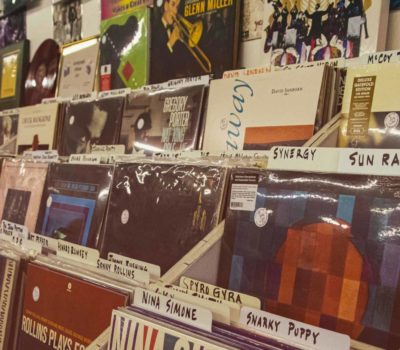 A new WordPress version 5.4 was released on March 31. As usual, WordPress releases are named after legendary jazz musicians. This time the honor goes to the trumpet player Nat Adderley. His composition “Work Song” is considered a jazz standard. In the following video, you’ll get to see him play it live with his brother Julian “Cannonball” Adderley.

WordPress 5.4 brings several improvements in regards to usability. Navigation with the keyboard is more straightforward, for instance, when tabbing and focusing. It’s now possible to access the sidebar of almost all the blocks.

You’ll also be able to tell with a glance whether you’re in the editing or navigation mode. If you use a screen reader, it will tell you which mode you’re in. Navigation between the blocks has been made more apparent with the help of breadcrumbs.

The time it takes to launch Gutenberg is an improvement that we believe most will notice: the editor launches 14% faster, and you’ll get to start writing 51% faster.

Changes in the Editor

Every major WordPress update brings its additions to the block editor, and 5.4 is no different. There are entirely new blocks for social media icons and buttons. There are more ways to get creative with color: you can, for instance, use gradients in buttons and the Cover block, the rich text now has color settings directly in the toolbar, and for the first time, you’ll get to adjust colors in the Group and Column blocks.

If you’ve ever hoped to be able to link and image in the Media & Text block to a target – for instance, a thumbnail of a brochure to an actual downloadable file – your wish has now come true. Version 5.4 also unifies the process of attaching and replacing media files across the different types of blocks. A small but significant addition to all the social media managers out there is the support for TikTok in the embeds.

If you feel like being a pioneer and use the latest tools and features that the block editor has to offer, you can install the Gutenberg plugin. That way, you’ll get to the latest goodies before anyone else does!

What does the update mean to Seravo customers?

In the coming days, we will be updating all the sites that use the WordPress 5.x series to the new version. However, since this not a security update, we will not be rushing it. As our customer, you do not need to stress over this or any other update. We will take care of it for you.

If your site is still running on WordPress 4.9, we won’t be deciding to leap over to 5.x for you. This is to guarantee the compatibility of any plugins or custom solutions that you may be using. WordPress 4.9 is still getting regular security updates, the latest being 4.9.13 that came out in December. The development of WordPress has, however, moved over to the 5.x series. That is what the plugin developers are focused on as well. You should consider updating your site to the present day.

As a Seravo customer, you indirectly support the development of various open-source projects, and WordPress 5.4 is an excellent example of that. We did our part in ensuring that the new version was available in Finnish on the release day.

WordPress 5.4 comes with 122 new or enhanced features and a respectable amount of 210 bugfixes. All of these mean code changes, so it’s wise to check that the site, plugin or theme that you might have built works together with the new version.

If you want to read more about the new version, we recommend starting with the release post. For a deep dive, have a look at the Field Guide, which is mainly targeted for developers.