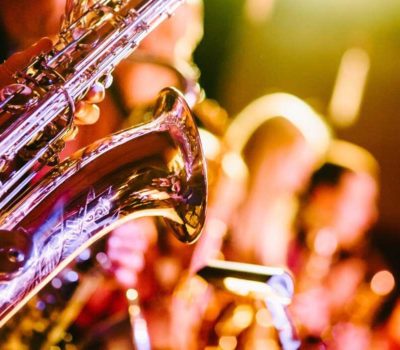 Major WordPress releases have traditionally been named as tributes to jazz musicians. WordPress 5.0 is no exception with the name “Bebo” after the Cuban jazz musician Bebo Valdés.

It’s all about the editor, almost

As you can see from the release video above, the main feature of WordPress 5.0 is the entirely re-thought editing experience called “Gutenberg,” that we have written about previously.

In addition to the entirely new editing experience for posts, pages and possible other custom post types that is centered on the new concept of blocks, the release also includes a new default theme called “Twenty Nineteen”.

Process-wise this release has been a little different from the past releases, from how commit management and branches were used to how the release dates were planned and set.

Before 2017 WordPress had been able to keep up with a quite predictable release schedule of at least two major releases every year for five years. However, at Matt Mullenweg’s “State of the Word, 2016” presentation at WordCamp US 2016 he announced “we will not release until it is ready”.

The 5.0 is actually the first major release in more than a year, which is almost the longest period ever between two major releases in the WordPress release history, beating the period between the releases 2.0 and 2.1 with only two days.

In the end December 6, 2018 was the day when this new editing experience was deemed ready to be released as a major WordPress release. The way in which this release date was set was quite controversial and many have been vocal about their dissatisfaction of it.

However, now that we are living in the world post-WordPress-5.0-release it is quite clear that the release went fairly smoothly, maybe even easier than expected. From discussions in the WordPress Core Slack channel and other channels it’s been clear that the amount of support requests has not exploded after the release.

Classic Editor Plugin to the rescue

One important factor connected to this smooth release can probably be attributed to the tightly held scope of the release mentioned above, but perhaps also to the availability of the Classic Editor. This plugin has been advertised next to the Gutenberg call-out in the WordPress dashboard since August 2018. It promises to bring back the pre-Gutenberg experience, meaning that if you encounter problems after updating to WordPress 5.0 you can very easily get back the old editor.

This gives website administrators the possibility to decide in a more controlled way when to start using the new editing experience even after updating to WordPress 5.0. It even gives users the option to choose and set a default between the block editor and the classic editor. The plugin will be a supported and available at least until December 31, 2021.

Our customers have no reason to worry. We will not be updating any sites to the new version for the time being. We will continue to wait and see how WP 5.0 matures and keep you up-to-date about our plans as the situation evolves. New deploys have already started to get the new version.

As part of a major release there are always multiple blog posts on the WordPress Core blog with more developer-focused information. As a summary of all of them there is often a so called “Field Guide”, which is also true for WordPress 5.0.

In this guide you will be able to learn in more detail about the more technical aspects of the release, such as Block Editor Filters, Meta Box Compatibility Flags, Javascript il18n support, new Post Type Labels, REST API updates, and more.

We are committed to WordPress and open source

As with all WordPress releases, this release was made possible by the participation and contributions of hundreds of individuals helping out in many different ways, either as full-time or part-time representatives from different organisations, or in their spare time.

At Seravo we are very committed to WordPress and open source, and are very proud that many of us have been able to help out in different ways throughout the process of the 5.0 release, with everything from doing translations, contributing to the new default theme and to doing user testing and giving feedback on the new editing experience.

Blocks are the future and this is only the beginning

Another reason to get this new editing experience released has been to further encourage the entire WordPress ecosystem to continue building on top of Gutenberg. The flexibility and extendability of WordPress has always been one of its bigger strengths, and Gutenberg is no different there. Therefore before the release Matt Mullenweg asked what interesting examples that had already been built on top of Gutenberg. It is a very interesting thread to go through to see more of the possibilities of Gutenberg and the future of blocks.

It is also clear that this is only the first step in how blocks will be used in various parts of WordPress going forward. During this years State of Wordthere were some exciting announcements for the future, but that will have to be part of another blog post. So stay tuned!