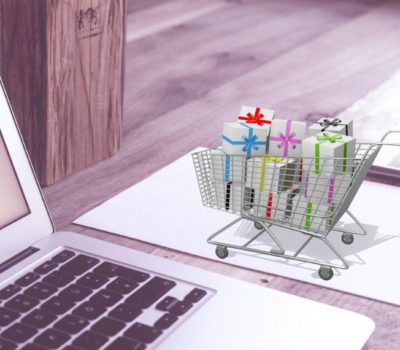 Nobody can blame Automattic for resting on their laurels when it comes to improving and updating WooCommerce, with three new minor releases this year already.

Let’s dig in and see what’s new and what we found out!

While only a minor release, version 3.5 introduces three very interesting new features and updates of existing features that hint to some major changes and upgrades we can expect in 2019.

Firstly, all of the email template copy has been improved from those rather robotic sounding templates that we’ve grown accustomed to over the years. In itself it might seem like a minor improvement, but Automattic has confirmed that this is only the first step in a more comprehensive effort to improve WooCommerce’s emails and the editing experience of the emails sent out by your WooCommerce store. We’re definitely excited for future releases to see the next steps of these improvement initiative.

Developers and store admins rejoice, the other two feature updates we’re going to take a closer look at are aimed for you.

The Custom Product Tables feature plugin is getting support, with hooks and filters added to the WooCommerce release that are required by the plugin. The exciting part here is that they are also working on custom database tables for product data. This could potentially result in major performance, stability and scalability improvements in future updates.

In addition to these three new features and updates we’ve highlighted here, there were numerous smaller enhancements made, which you can dig into in more detail in the official WooCommerce 3.5 release statement.

WooCommerce REST API is also being upgraded to version 3 as part of this release, with new features being added to existing endpoints as well as some completely new endpoints making their way into the API.

As 3.5 is a minor release, it should be backwards compatible with any existing WordPress site running WooCommerce 3.0 or higher. However, when we tested the updates on sites with more customized WooCommerce themes and plugins, the update wreaked havoc and broke everything on the site.

Updating a WooCommerce store running the default Storefront theme and no plugins that affect the functionality of WooCommerce to version 3.5 is most likely safe, but with any advanced customization on the site we don’t recommend updating without understanding the risks.

WooCommerce has a handy guide on how to update the plugin safely. Our customers already have backups in place, so it is safe to test out updating the plugin. If anything breaks you can always follow our guide to restoring your site from a backup taken before the update.

We automatically update all themes and plugins, including WooCommerce for our clients. For safety reasons the update automation will not run if it detects the new updates might cause any problems on the site, in which case we recommend doing the updates manually. We’re happy to guide you through this process if needed, or as part of our expert services we can perform the updates and the possible customization required to make it function perfectly.

Let us know what you think of the new WooCommerce version 3.5 and the exciting releases that are coming in 2019!