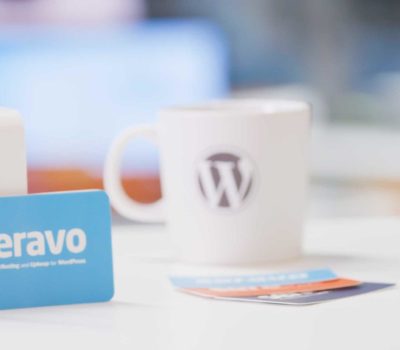 Koronavilkku app, commissioned by the National Institute for Health and Welfare and implemented by Solita, was launched on 31st of August, back in 2020. The app also includes a marketing website, Koronavilkku.fi, which, as far as we know, set an all-time record for the number of visitors per day to a single Finnish online campaign.

The marketing site was designed by advertising agency Bob the Robot. Technical implementation was coordinated in collaboration with Bob the Robot and Syrjä Interactive. Seravo was responsible for the publishing system and server maintenance of the marketing website.

On the launch day, more than 935 000 visitors (according to Seravo’s server statistics) visited the homepage to discover this new COVID-19 application, which represents almost 16% of the population. To our knowledge, this is a record for a single campaign in Finland – never before have so many Finns been reached online in a single day.

To be precise, an influx of visitors browsed the site around the clock – from around 10 am until 11 pm, starting from the launch announcement until the end of the day. The biggest spike was at 2 pm with more than 150 000 visitors in an hour. Seravo’s administrators saw web traffic spikes of up to 800 HTTP requests per second. In terms of HTTP requests, the site had 12 530 178 HTTP requests during Monday. The site was up and running throughout this surge, and the website’s contents were served to all visitors.

In addition to the marketing site, the Koronavilkku app itself was popular, so people moved on to download it. According to THL, the app gained more than one million downloads in the first 24 hours.

The biggest single rush in traffic may have occurred when a government briefing invited people to visit the website koronavilkku.fi.

Campaigns that achieve maximum visibility and unexpectedly achieve it often suffer from a website crashing when facing a surge of visitors. This was not the case for Koronavilkku.fi, which lived up to Seravo’s promise of scalability throughout the traffic spike. Seravo’s premium hosting and upkeep serve on average more than 2.5 billion HTTP requests per month, so koronavilkku.fi is not a particularly large site. In terms of daily traffic however, it matched the total traffic that some large online magazines receive in a day or twocurli.

Seravo is a Finnish company with a high level of expertise in using the best open source software, such as Finnish-based Linux and MariaDB (formerly MySQL). The website itself was implemented on the open source WordPress publishing system, which is currently by far the most popular CMS in the world.

We were pleased to find that the Finnish Institute for Health and Welfare published the source code of the Koronavilkku app openly to ensure its security and quality. The benefits of Koronavilkku helped us to move on from the pandemic more quickly, and hopefully as a by-product, the appreciation of Finnish software expertise and the IT sector will continue to grow, both within the public administration as well as internationally.

The successful launch of Koronavilkku would not have been possible without the koronavilkku.fi website running reliably under an incredible load.