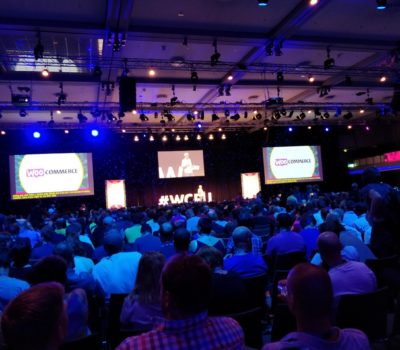 Back from WordCamp Europe Berlin 2019

So WordCamp Europe Berlin 2019 is over and we at Seravo are back home from what cannot be described any other way than another very successful conference. We did have high expectations, listed some of the things we looked forward to previously and were very happy to be a WordCamp sponsor for the 15th time.

With 3260 sold tickets and 2734 attendees this was the largest WordCamp ever, not forgetting the countless people following along on the livestream. Almost all activities (contributor day, conference day’s and afterparty) were held at the congress center Estrel and you could tell that the entire place was built for events just like this. It’s quite impressive that the WordPress community is able to organize such a great event, year after year, primarily done by unpaid volunteers and with such reasonable ticket prices. This year it cost 50 euros for the entire event (including lunch, coffee/tea, afterparty with food and drink tickets etc).

Content-wise it was a packed WordCamp with two days and three tracks with talks and three workshop rooms running in parallel. New formats were introduced, for example with “WP Café” giving possibility for more discussion styled sessions and “Wellness at WCEU” with mindfulness and yoga. Also child care was provided for free as it’s been for a couple of years now and a WordPress workshop for kids was also held.

Summer update on the Gutenberg project from Matt Mullenweg

Matt had his summer update and gave a status update on where we are in the Gutenberg project. Phase 1 was done last year, bringing the block editor in to core. Phase 2 is currently ongoing, bringing the block editor to widgets, navigation, and customization. Future phases that have not yet been started are Phase 3 with focus on collaboration, multi-user editing, and workflows and Phase 4 which will include multilingual support.

Matt also showed many interesting projects that had been developed using the block editor and upcoming features like how to install blocks directly from the block editor, a specific block directory on wordpress.org and the navigation block. The talk should be published to https://wordpress.tv/ soon so make sure to see it if you missed the WordCamp or the livestream.

Also if you want to try out new features to the block editor before they land in core, make sure to install the experimental Gutenberg plugin, but maybe not directly on important production sites (that is what shadow/staging sites are for).

Next WordCamp Europe will be in Porto

As usual, the next city to host WordCamp Europe was announced during the closing remarks. In 2020 the conference will be held in Porto, Portugal. The dates announced were June 4-6, which means it will not be during the mid-summer celebrations as this year. So even if the dates overlap the Swedish national day (which is June 6), we are quite sure that these dates should mean that more Nordic attendees decide to visit WordCamp Europe next year. For more info on the WordCamp next year, keep an eye on the official website, https://2020.europe.wordcamp.org/, where you now also can apply to be part of the organizing team.

To summarize, we at Seravo had once again a great WordCamp Europe and hope we will see you in Porto 2020, if not earlier!