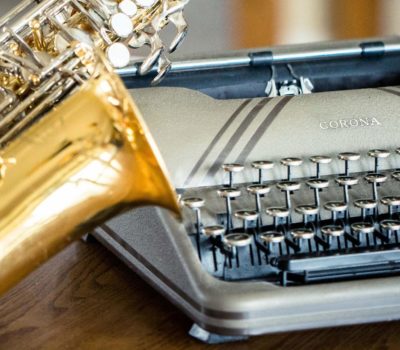 As you probably know, major WordPress releases are traditionally named as tributes to jazz musicians. WordPress 5.5 is no exception with the name “Eckstine” after Billy Eckstine.

WordPress 5.5 is a packed release with many user-facing features as well as developer-oriented enhancements and bugfixes. Some are even saying that it will be “the best version of WordPress ever!” 😃

Updates to the block editor

A big focus within WordPress is still being dedicated to the block editor and improvements are rapidly being made to the feature plugin named Gutenberg.

WordPress 5.5 will include 12 releases of the Gutenberg plugin, bringing with it a long list of exciting new features such as:

Another feature related to the block editor is the ability to discover, install, and insert third-party blocks from the newly released block directory. This was one of the nine projects initially planned for 2019 but it is finally included in this release. The initial guidelines for these blocks/plugins are still to be decided on but the idea is that they should be single purpose, separate, and independent blocks that do not add any other UI outside of the post editor.

Managing updates of themes and plugins is another focus in this release. Even if automatic updates for plugins and themes have been a possibility in WordPress core since automatic minor core updates were introduced, it has been rarely used since it required the use of a specific filter hook to be activated.

This release will however introduce a new UI to the plugin and theme list pages to enable auto-updates for individual plugins and themes, which still will be deactivated by default.

Another aspect connected to managing updates of themes and plugins in this release is the addition of being able to update a theme or plugin by uploading a zip file.

As a theme and plugin developer you might want to read up on the technical aspects of this and customization possibilities through the field guide mentioned and linked to below. But as a Seravo customer, you will not have to worry about using these features since our unique Seravo updates already manage this and many other aspects around updates for you.

XML sitemaps make your site more discoverable by providing search engines with a map of content that should be indexed. Since discoverability is such an important aspect of a website, a feature project was proposed as a collaboration between Yoast, Google, and various other contributors.

The result from that project is now what is being included and will bring basic but extensible XML sitemaps functionality into WordPress core. Existing plugins such as The SEO Framework and Yoast will actually disable this feature from the start since they already provide their own implementation of this right now, but hopefully, these and similar plugins will instead build upon, better integrate with and continue to help improve this now core functionality.

Another great feature in WordPress 5.5 will be that images will be lazy-loaded by default, using the native HTML loading attribute which became a web standard earlier in 2020. This will help save bandwidth where images further down the page used to be loaded right away, even in the case the user might never scroll towards them.

At Seravo we already include the plugin Native Lazyload as default in our WordPress project layout, which is also used by default on all Seravo instances, so the feature might not be new to you. Even if you would think that this would make the plugin obsolete it actually also includes support for iframes and a javascript fallback which the core implementation does not have, so there are still some benefits to keeping the plugin activated if you have it so.

In the coming weeks, we will be updating all the sites that use the WordPress 5.x series to the new version. However, since this is not a security update, we will not be rushing it. As our customer, you do not need to stress over this or any other update. We will take care of it for you.

If your site is still running on WordPress 4.9, we won’t be deciding to leap over to 5.x for you. This is to guarantee the compatibility of any plugins or custom solutions that you may be using. WordPress 4.9 is still getting regular security updates, the latest being 4.9.15 that came out in June. The development of WordPress has, however, moved over to the 5.x series. That is what the plugin developers are focused on as well. You should consider updating your site to the present day.

As part of a major release, there are always multiple blog posts on the WordPress Core blog with more developer-focused information. As a summary of all of them, there is often a so-called “Field Guide”, which is also true for WordPress 5.5.

In this guide you will be able to learn in more detail about the more technical aspects of the release mentioned in this post and others, such as accessibility improvements, changes to the customize component, REST API updates, new Dashicons, updates to external libraries in WordPress and more.

For this release there is also a summary post published which focuses on what theme developers need to know:

So they overlap a bit, but if you are a theme developer you should at least take a look at this blog post if you don’t have time to look at the full field guide.