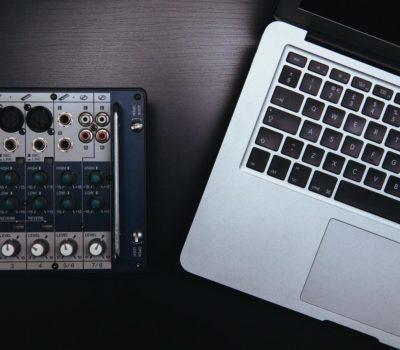 Just before the new year the newest version of WordPress, WordPress 4.7 “Vaughan” was released. Following the tradition, the version is named after a jazz musician, this time the honor goes to singer Sarah “Sassy” Vaughan.

As always, we update our customers’ WordPress sites to the newest version automatically. Before putting the version active we test the update and make sure that nothing breaks on the live site.

What will the new WordPress 4.7 mean? The changes in the new version are visible for both content makers updating their sites as well as for developers building a new site. Versatile online contents built into WordPress now include for instance video headers and thumbnail previews of PDF files. Modifying the appearance is made easier with edit shortcuts, icons that appear on live preview mode showing which parts can be customized fast and easy. It is now also possible to insert CSS styles straight into the site and view the changes in preview mode.

The new default theme Twenty Seventeen is made especially for company websites. It contains more customizing options than before and allows various ways of personalizing the site with widgets, social menus, custom colors, and more.

For theme developers the new WordPress 4.7 enables page templates to all post types and custom bulk actions in list tables. Customize changesets make changes in the customizer persistent and also make exciting new features like starter content possible. The WP_Hook code that lies beneath actions and filters has been overhauled and modernized, and register_setting() has been enhanced to include type, description, and REST API visibility.

Many developers are pretty happy about the new REST API endpoints for posts, comments, terms, users, meta, and settings. Content endpoints provide machine-readable external access to WordPress site with a clear, standards-driven interface, paving the way for new and innovative methods of interacting with sites through plugins, themes, apps, and beyond.

Read more about the new features of WordPress 4.7

WordPress is as a content management system a great example of the power of the open source ecosystem. The new version has required the input of several developers in order to become usable and published. Also the founders of Seravo.com, Otto and Antti have contributed to the core development.

In order to achieve popularity all over the world, WordPress must naturally be available in several languages. The system is not built only on code, but on a lot of translation work. We at Seravo have also participated in translating the newest version into Finnish, and among other voluntary translators we have made sure that the version 4.7 is already fully translated into Finnish. By setting a translation workshop into our office calendar made the translation process familiar even to those of us that are not coders at all.

Have you used WordPress 4.7 already or what are you expecting from the new features? When getting to know “Vaughan” you could set yourself into the mood by listening to the lady herself.