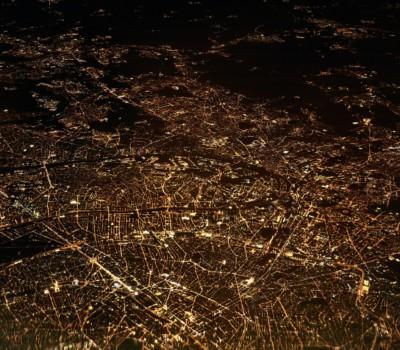 The risk of cyber attacks has increased in the current global situation, and denial-of-service (DoS) attacks have been witnessed in Finland as well. Earlier this year, in April 2022, the websites of both the Ministry of Foreign Affairs as well as the Ministry of Defence were the target of an attack – as a result, the websites could not be accessed. Although denial-of-service attacks are not always this visible, they are still quite common. Attacks can also be reported to the Cyber ​​Security Center, according to which more than 10,000 denial-of-service attacks are reported in Finland each year.

Seravo monitors customers’ WordPress sites around the clock. If a malfunction is detected on the site, Seravo’s admin will see to the matter. Seravo’s staff is constantly keeping an eye for possible security breaches as well as denial-of-service attacks.

What is a denial-of-service (DoS) attack?

In a DoS attack, an infinite number of concurrent requests are sent to a website, causing a situation in which it won’t open for visitors. If the attack requests come from many different locations, the attack is called a distributed denial-of-service (DDoS) attack. Decentralized requests from botnets can make it more difficult for websites and service providers to block the incoming harmful requests. An attacker could also block the entire capacity of the target’s network connection with unnecessary data.

No matter the type of the attack, the result is in theory the same as with sudden influx of website visitors: all available resources will be used, and the site will no longer be able to handle all incoming requests. As a result, the site becomes overloaded. In the case of web traffic spikes the outcome is unintentional, whereas a denial-of-service attack is completely intentional, aimed at paralyzing the target site and preventing legitimate access to its contents.

Denial-of-service attacks are extremely problematic. When they affect the server infrastructure, they can paralyze other services too – in addition to their actual target. In general, however, cyber attacks seek to exploit other vulnerabilities in sites and systems. Bots may also be knocking on your WordPress login page, seeing if they can get in. Problems caused by this can be prevented by taking good care of updates the use of recaptcha and using two-step authentication (without forgetting good password hygiene, of course). Critical security updates are always installed by Seravo immediately, even if automatic updates offered by Seravo are otherwise disabled on a WordPress site.

You can try to anticipate a cyber attack by designing a completely separate and independent lightweight version of the site. However, the primary precaution against a denial-of-service attack is to ensure that the most relevant and crucial content on the main site is well cached, so that it loads as well as possible under a sudden heavy load or web traffic spike.

Caching has been covered in many of our previous blog posts, but you can also find information on how to get started with site speed optimization yourself. Speed optimization for WordPress websites in Seravo’s premium hosting and upkeep can also be ordered from us as expert work. This way it is possible to discover in advance if the site has any functionality that is detrimental to the site’s performance, and to solve possible problems and bottlenecks together with the help of our experts.

The possibility of denial-of-service attacks has been taken into account in many ways in the design of Seravo’s premium WordPress hosting and upkeep: for example load balancing, default efficient caching and malware filtering help the site to perform under unexpected web traffic situations. We are constantly developing our service in this changing world, taking into account the needs of our customers.