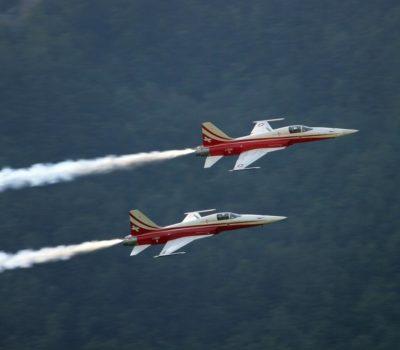 HTTP/2 speeds up your websites

Have you ever wondered what the http:// in the beginning of the website URL stands for? The abbreviation comes from term Hypertext Transfer Protocol and both it and the HTML (Hypertext Markup Language) were developed in 1989 by Tim Berners-Lee, while working in the CERN institute. The functionality of all the world’s websites is still based on the same principle: the browser fetches HTML pages from network server via HTTP and then displays them to the end user. Other technologies have been built on top of this principle, but the foundation has remained the same for a long time.

The official HTTP-standard version 0.9 was published in 1991 and the version 1.0 in 1995. The slightly refined HTTP/1.1 was released as an official international standard in 1997, but after that the development of the internet itself has been focused on other aspects than HTTP. Not until 2007 an international standardization project was launched to upgrade the transfer protocol and at last in spring 2016 a new standard, HTTP/2 was established.

By the time of finishing the standard, all the most common server software and web browsers have implemented the support for HTTP/2. It will take years, however, before all the servers and browsers in use are fully upgraded to the newest version and the HTTP/2 widely in use.

At the moment only 10% of the most popular websites in the world are offering the high-speed HTTP/2 connection. At Seravo, HTTP/2 is used by default on all of our clients’ websites.

We at Seravo have used the preliminary version of HTTP/2, Google developed SPDY, for a long time alongside the current HTTP protocol standard. We began to replace SPDY with HTTPS/2 in spring 2016 and by autumn 2016 all the websites maintained by Seravo have been able to use HTTP/2 (of course the older HTTP 1.1 will remain supported alongside the newer standard for decades to come).

HTTP connection defines how the website and its parts (images, stylesheets, JavaScript) are loaded. The main benefit of using HTTP/2 is significantly improved speed in loading times. The speed improvement is primarily based on that instead of downloading every asset of the website individually through their own connections, the content will be transferred through tightly packed datastream using one same connection. Large files will not be affected by HTTP/2, but the concurrent download of several smaller files will be visibly more faster because of the latency optimization.

What benefit does the more speed have? Websites that load more quickly attract more visitors, perform better in Google search results and enable a pleasant browsing experience on mobile devices as well. The speed of the website can have direct impact on the company’s business.

HTTP/2 also includes some new features but it remains to be seen how the browsers and different software (such as WordPress) start using them. These new features are necessarily not usable straight away, because first we will have to wait that all the user browsers are updated or alternatively build the new features in a way that they can function properly without HTTP/2, which means a lot of more work. Instead, at this stage, it might be best to change the way websites are developed in a way that, at least we should not invent anymore optimizations specifically for HTTP 1.1 (such as merging several smaller images as one big sprite file, concatenating CSS and JS files, loading pages from separate CDN domains etc.), which will no more be of any use in HTTP/2. Read more on the features of HTTP/2 in this Wikipedia article.

When using HTTP/2-standard the connection doesn’t have to be encrypted, but since most web browsers (Chrome, Firefox, Safari, Opera etc.) are are only using HTTP/2 over HTTPS connections the new standard is not useful in practice, if not also using HTTPS. In Seravo all our clients/customers websites are under HTTPS protection.  We’re also using ALPN alongside HTTPS to make sure HTTP/2 is actually being used. 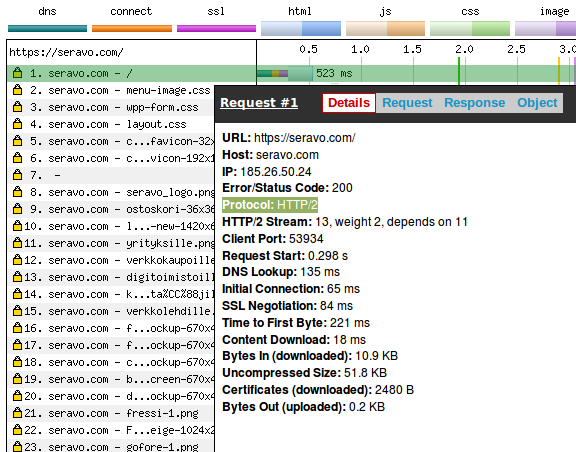 It’s important to us that our clients can rely on having the best available technology in use. We put HTTP/2 into service as soon as all parts of the technology were mature enough and it was clear that our customers would benefit from it.